The Walt Disney Company has contiuously expanded their global market. Through their films, parks and resorts, consumer products, and media networks they have gained international recognisability. According to Walt Disney International the Company’s focus has been on establishing the foundations for long-term growth in the emerging markets of Latin America, Russia, India and China. More recently a renewed focus has been brought first to Japan and to Europe, the Middle East and Africa (EMEA), where their businesses are more developed, and where they believe they can grow substantially and better serve their consumers. 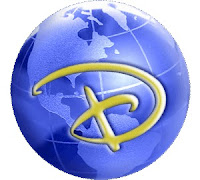 The most visible international presence of Disney is their parks - currently in Tokyo Japan, Paris France, and Hong Kong China. Each park has specific cultural attributes, but the parks do share similarities. Disney also attempts to underplay each culture and make sure the Disney “feel” is consistent between all parks. The Walt Disney Company is planning on expanding their California Adventure park over the next several years. By 2012 the park will have a new Cars Land, light and water show, new entrance in 1920’s theme, and redone boardwalk rides.

Disney markets their films and digital content very aggressively internationally. Through ESPN, they distributed to more than 190 countries, and a special agreement between in the Asian market for sports programming. Through a strategic partnership with Disney ABC International Television for the distribution of Disney-branded blocks of kids' programming across the globe, Disney Channels Worldwide reachs more than 600 million viewers in over 100 countries in the U.S., Europe, the Middle East, Asia Pacific, Latin America and South Africa. Disney Channel properties continue to rapidly expand into new markets across the world, playing a key role in introducing the Disney brand to new consumers.

In addition, Disney’s theatrical shows continue to record successes throughout Europe, with The Lion King celebrating 10 years on stage in London and still enjoying popularity in Hamburg and Paris. Tarzan continues to perform strongly in Hamburg while Beauty and the Beast recently opened in Milan.

However, the Walt Disney Company is know for it's job outsourcing which isn't necessarily a positive aspect. The company reports factors of production overseas with mixed results. The most prominent example is animation work, which can be produced for $25 per hour compared to $125 per hour in the United States. The production of consumer goods, both hardline and softline are mainly done in Southeast Asia, which has caused complications for the company. The outsourcing of producing goods overseas has lowered Disney’s overhead cost. This benefits the company due to decreased cost and the consumer for decreased prices of goods.

Due to this outsourcing, the companies that produce the goods for Disney (which Disney "claims" they were unaware of) usually violate international labor laws. In recent years, the Company has changed their code of conduct for all businesses partners. These changes mainly came due to a 2000 report by the Hong Kong Christian Industrial Committee that examined the current company’s code of conduct and their business partner’s actual working conditions. Currently, Disney works with Verite, a non-profit group, to assess and correct labor conditions with their Asian business partners. Lastly, the company has been included in the FTSE4 Good, Dow Jones Sustainability Index and KLD Index.

Posted by The Walt Disney Company at 4:01 AM 1 comment:


Disney's target market may appear to be just children, but the fact of the matter is that their main focus is on the whole family. Disney's target market varies from children, to tweens, to teenagers and even adults - practically anyone who is young at heart. As Walt Disney himself once quoted "Your dead if you aim only for kids. Adults are only kids grown up, anyway."  You can see the multi-generational focus if you watch the commercials for their theme parks or by simply watching one of their animated movies; some are aimed at parents, some are aimed at children, and most have something that appeals to both.

For years the Walt Disney Company has attracted young girls through their Disney Princess Sector. Now Disney is expanding their market by targeting even younger girls, girls still in the crib! To accomplish this Disney will be making products such as cribs and various infant products picturing the Disney Princesses Snow White, Sleeping Beauty, Cinderella, Belle, Ariel, Jasmine, Pocahontas, Mulan, Tiana, and Rapunzel.

Posted by The Walt Disney Company at 12:04 AM 6 comments:


According to Business Ethics|The Magazine of Corporate Responsibility, The Walt Disney Company is at the top of the Corporate Social Responsibility List as of 2009. Throughout Disney's corporate website, there are plenty of pages concerning their ethical behavior and social responsibility:


The Walt Disney Company has become so social responsible that it has even expanded to Green Marketing which is the development and marketing of products designed to minimize negative effects on the physical environment or to improve the environment. They have many pages on their website dealing with "Going Green" varying from giving children and adults helpful tips on how to help the environment, to fun and exciting projects that are competitive and rewarding. 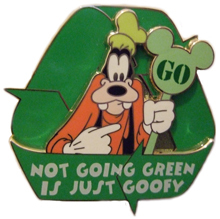 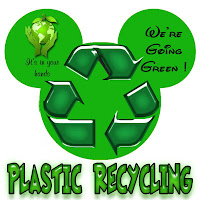 Posted by The Walt Disney Company at 8:12 PM 11 comments:


The Walt Disney Company is a market oriented corporation, meaning they assume that a sale does not depend on an aggressive sales force but rather on a customer's decision to purchase a product. These are usually the parents that take their kids to the movies and buy the merchandise. Disney knows that it's one thing to make a great movie that kids are excited about but the efforts often fall short if parents don't approve of it.

The driving force of the entire company is the motion pictures and animated cartoons which are managed by Touchstone, Pixar, Walt Disney Pictures, Buena Vista, and Miramax. Disney Imagineering does all of the strategic planning for The Walt Disney Company as well as the marketing planning. According to http://corporate.disney.go.com, the goal of the Disney Imagineering section is to continuously design and implement new, fun and exciting products for the Disney Company that will attract, amaze, and excite their customers. By doing so, the company uses its product/service differentiation competitive advantage.

The company clearly has developed a very strong and well known "brand-name and image" over many years. In addition, Disney has one the most recognized and powerful brand names in the entertainment industry according to Datamonitor 2007. Because of this, selling all of their movies are almost never a problem. Yes, a lot has to do with advertising but the Disney name has so much history that it has given them an advantage of instinct and familiarity when it comes to selling their products.

As you all may know, the term marketing mix refers to a unique blend of product, place, promotion, and pricing strategies (often referred to as the "four Ps") designed to produce mutually satisfying exchanges with the target market.

The Walt Disney Company is very good at the product and placing aspects of the four Ps. Again, because of their brand name they have the ability to sell their products easily. As new theatrical productions are released, it allows for new product lines based off the feature’s characters to be made and sold in strategically placed stores throughout the United States. The stores are located in malls and super centers, in urban locations in order to for them to be visible by the public eye.

The next two Ps are promotion and pricing. The Walt Disney Company promotes their films in almost every way possible varying from McDonald's toys to Billboards and posters all over buses and trains. Disney wastes so much money on advertising, that you see their upcoming previews all over TV as well as the internet. Movie ads are displayed on various websites like YouTube, Facebook, and Twitter and many more. As for pricing, new DVD releases are usually relatively cheap due to the fact that Disney is a family oriented company that wants to be able to attract families of median incomes.

The most basic goal of The Walt Disney Company other than profit is, “To Make People Happy”. Their ability to make children as well as parents feel warm-hearted and full of joy after just one animated movie is what truly makes them successful. Disney is always advertising with key words such as "Love", "Magic", and "Happiness" because that's what their films are all about. Their unique ability to capture their audiences hearts is what separates them from other companies in the film industry. I believe that this is Disney's secret to success and true competitive advantage.
Posted by The Walt Disney Company at 4:53 AM 2 comments:


The Walt Disney Company, usually referred to as "Disney", was founded by Walt and Roy Disney on October 16, 1923. At that time it was known as Disney Brothers Cartoon Studio, the company was later reincorporated into Walt Disney Studio. The company has estimated a net worth of about 36 billion dollars. In 1928 the first Mickey Mouse cartoons were released to the public audience. For the next few years to come Disney began producing and releasing many different cartoon characters such as Pluto, Goofy, and Donald Duck. It wasn't until 1937 when the unimaginable happened and Disney featured the first animated film to ever be produced, Snow White and the Seven Dwarfs.

By now Walt Disney Productions had already began selling dolls, books, figurines and tooth brushes. In 1952 Walt Disney announced plans for a theme park. In order to provide funding for the park Walt Disney decided to make Disney a publicly traded company in 1957. The current ticker symbol for Disney is "DIS".  It wasn't until 1967 that actual construction began on the theme park. Disney is now one of the largest media conglomerates in the world with ownership to various resorts, theme parks, radio stations, cable television networks, and even their own cruise line. To this day The Walt Disney Company continues to do exciting new films and television series. 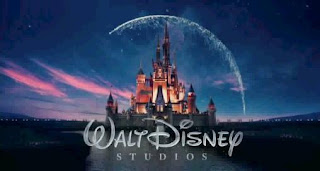 "The mission of The Walt Disney Company is to be one of the world's leading producers and providers of entertainment and information. Using our portfolio of brands to differentiate our content, services and consumer products, we seek to develop the most creative, innovative and profitable entertainment experiences and related products in the world."
Posted by The Walt Disney Company at 3:28 AM 12 comments: